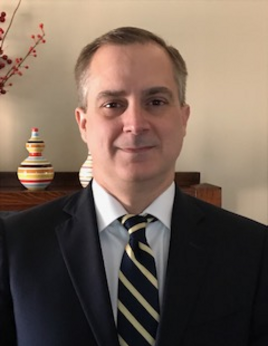 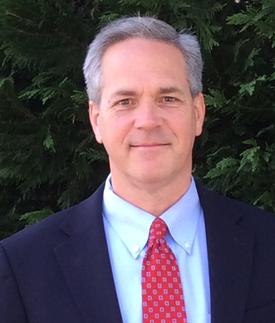 Richard C. Kissiah is an attorney based in Alpharetta, a suburb of Atlanta, who practiced throughout Georgia in the field of workers’ compensation law representing employers and insurers.  He is also the co-author of the two-volume treatise, Kissiah and Lay's Georgia Workers’ Compensation Law that is currently in its fourth edition. He attended the College of William and Mary in Williamsburg, Virginia, graduated with a B.A. degree cum laude from Johns Hopkins University in Baltimore, Maryland, and graduated with a J.D. from Emory University School of Law in Atlanta, Georgia.  He is a past chairman of the Workers’ Compensation Section of the Atlanta Bar Association.  He has been on the Board of Directors of the Legal Committee of the Atlanta Medical Association.  He is a founding attorney instructor for the Certified Workers’ Compensation Professional Program.  He has been named one of Georgia’s best attorneys by Atlanta Magazine.  He is a frequent lecturer on workers’ compensation issues for the State Bar of Georgia, the Atlanta Bar Association, Emory University School of Medicine, and numerous other organizations and associations. He retired from the practice of law in December 2014.

Douglas T. Lay is an attorney based in Alpharetta, Georgia, a suburb of Atlanta, and practices throughout the state in the field of workers’ compensation law representing employers and insurers. He is the co- author of the two-volume treatise, Kissiah & Lay's Georgia Workers’ Compensation Law (Lexis/Nexis) that is currently in its fourth edition. He is a contributing author of The Complete Guide to Medicare Secondary Payer Compliance – Lexis/Nexis Publishing, and a contributing author of Workers’ Compensation Emerging Issues Analysis – Lexis/Nexis Publishing. He is a member of the Larson’s National Workers’ Compensation Advisory Board. He is an attorney instructor for the Georgia Certified Workers’ Compensation Professional Program. He is a frequent author and speaker for a variety of continuing legal education and business audiences, including the State Board of Workers’ Compensation; the State Bar of Georgia and the Annual Worker’s Compensation Advanced Seminar for Workers’ Compensation Attorneys. He resides in Georgia with his wife and three children and serves on the Board of Trustees of King’s Ridge Christian School. He attended the University of South Carolina at the Spartanburg and Columbia campuses and graduated with a B.S. degree. He graduated with a J.D. degree from Mercer University School of Law in Macon, Georgia where he was a member of the Mercer Law Review and Mercer Moot Court Board. He is a graduate of The United States Army Airborne School and The United States Army Officer Basic Course for both the Signal Corps and Judge Advocate General Corp (JAG) and served as a commissioned officer in the Signal Corps with the South Carolina Army National Guard and as a JAG Officer with the United States Army Reserve in Georgia. He is a member of the Georgia bar and is admitted to practice before the Georgia State Courts, Georgia Court of Appeals and Supreme Court, and U.S. District Court for the Northern District of Georgia. 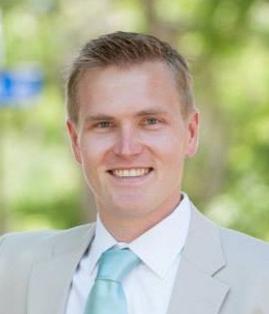 J. Chad Davis earned a Bachelor of Business Administration degree from Georgia Southern University in Statesboro, Georgia in June 1994, with a major in Human Resources Management.  He went on to earn a Master of Business Administration degree from Georgia Southern University in June 1996.  Chad subsequently moved to Atlanta, Georgia and worked as a technical recruiter before deciding to pursue a career as an attorney.  He attended Georgia State University’s College of Law in Atlanta and received a litigation recognition award in 2002.  Chad received his Juris Doctor degree from Georgia State in January 2004 and was admitted to the State Bar of Georgia in June 2004; he is a member of the Workers’ Compensation Section of the State Bar.  Chad began working at Kissiah & Lay in August 2004 and has worked exclusively in representing employers and insurers in all aspects of Georgia workers’ compensation law since that time.

While working on his law degree, Chad worked several years for a large Atlanta corporate law firm as a full-time paralegal, which provided him the opportunity to learn first-hand from many accomplished attorneys and business leaders and to gain invaluable insight into practical applications of law and the real-world needs of businesses and the people who run them, as well as exposure to a wide range of litigation and transactional aspects of law.  Additionally, while growing up in Clayton, Georgia, and while subsequently attending college at Georgia Southern, Chad worked a range of jobs, including construction, retail, and stevedoring.  Chad’s work experience in both blue-collar and white-collar jobs has provided him with perspective and a somewhat unique ability to relate to clients and their diverse business operations and has been one reason for his successful representation of clients in helping them to achieve their goals with regard to Georgia workers’ compensation needs.

Chad currently resides in Marietta, Georgia, where he lives with his two daughters, mother-in-law, and various pets.

Brett T. Penley is an attorney based in Alpharetta, Georgia, who practices throughout the state in the field of workers’ compensation law representing employers and insurers.  In 2012, he was a co-author along with Douglas T. Lay of the article, “Litigating Idiopathic Injury Claims” for the 2012 Georgia Workers’ Compensation Law Seminar.